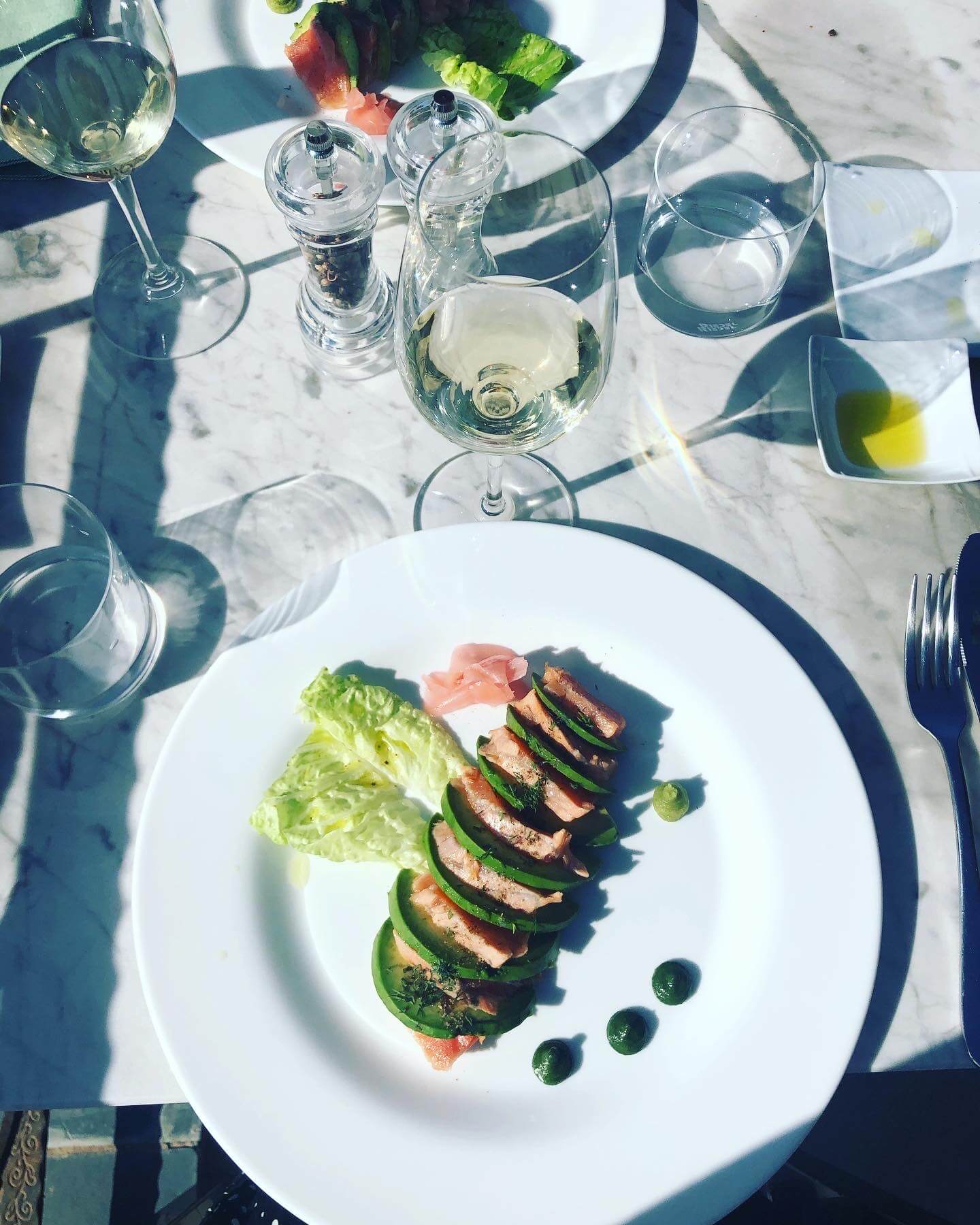 Nerja will stun you with a variety of restaurants and cafes. The city offers numerous gastronomy establishments fitting every taste and budget. We have tried to sum up all our favourites for you!

We present to you the best high quality restaurants in the region of Nerja. If you visit Nerja, book in one of these restaurants, it will be an unforgettable moment.

It is a privilege to visit Michelin star restaurants, restaurants that have gradually been recognised and revealed in our world thanks to its reliability, professionalism, perseverance and innovation. Although the Nerja region is not that big and not well known for its starred restaurants. Nerja does have a few hidden gastronomy gems:

A restaurant with a good reputation, now run by the daughter of the previous owners, who has managed to maintain its essence but with a fresher and more modern perspective. In the attractive dining room, divided into two separate spaces, guests can savour French-inspired cuisine which is unusual for this area. The cooking is mainly focused around a single set-price menu, although this is complemented by several chef’s suggestions and the occasional special dish at a supplement. Keep your eye out for El Chaleco’s frequent themed menus (lobster, seafood special, anniversary, Belgian etc).

Sollun boasts a thoroughly modern feel along one of the main shopping streets in the centre of town. The chef, who has been trained in several top Michelin - starred restaurants, serves meticulously prepared, contemporary Mediterranean cuisine.

A modern, welcoming and successful restaurant, as demonstrated by the ever - busy dining room and terrace. Contemporary Mediterranean cuisine with an international flavour.

International, creative cuisine has gained Avalon increasing recognition and a loyal clientèle. It is situated 50 metres above Playazo beach, with panoramic views of the Almijara mountains and the Mediterranean sea. It is a 10 minute walk from casa Joya Nerja to the restaurant.

One of the tourism activities that has experienced most growth over recent years is wine tourism. Many visitors decide to visit wineries and vineyards during their holidays, taking part in tasting sessions and guided tours around the facilities, during which the wine making process is explained to them. Some tours end with tastings of the best wines, normally accompanied with tapas and other traditional dishes from the region.

A boutique winery nestled high up in the Malaga hills, in sight of the Mediterranean sea. The 80 to 100-year-old vines enjoy the ideal natural circumstances: they flourish in the slate soils and benefit from the benign climate and the cooling salty sea breezes. With a combination of modern and traditional vinification techniques they produce a range of award-winning fresh and delicate wines.Next to amazing wines they have an amazing, high quality, restaurant!

El Colmao is a space dedicated to the promotion of Andalusian and Spanish wine culture and gastronomy. They are located in the old town of Frigiliana, one of the most beautiful white villages in Andalucia. They design and organize tailor-made experiences, activities and events related to the wine culture.

At Bodegas Almijara they work exclusively with varieties native to their area such as Moscatel de Alejandría and Rome. One of the most important characteristics of the area in terms of grape treatment is ASOLEO, fundamental for the production of sweet wines, using the characteristic “Paseros”, typical of the Axarquia region and which have changed little. since ancient times when such work was already done.

For hundreds of years, the Muscat vineyards of Alexandria in the mountains of the coastline south of Granada, in the Sierra de Los Guájares, have been famous. This is where the vines between 30 and 120 years old that Horacio Calvente cultivates with care are found, on the implausible slopes of the Pago de la Guindalera. From these vineyards arises a dry white wine from Muscat of Alexandria that proudly bears the name of Calvente, considered one of the best wines in the world.

The word “tapa” is probably one of the Spanish more famous words in the world… and of course, if you land in Nerja you will not have to miss them.

How about a cold drink and a free dish of tapas after a tour in the old town of Nerja? Sounds good? It is! Free tapas are not common in Spain but in Nerja it is.

Tapas bars can be found everywhere in Nerja. They are an integral part of the Andalusian culture. The perfect place for a little break. For now i will keep it to our 4 favourites, but of course there are so many more to discover and enjoy!

El Pulgilla is a must for fish and seafood lovers. Fish, shellfish, and shrimp are on the list here. The Tapas Bar is located in the center of the old town and is a popular meeting point in Nerja for locals. There might be cue in high season, but don’t let that scare you off. It’s worth it!

Do you want to try out a lot of different types of tapas? Then the Redondo in the old town of Nerja is the right one for you! The tapas bar is decorated in a beautiful wood look and has a very large and good selection of Spanish tapas specialties.

An afternoon drink with the locals? You definitely have to visit La Rienda. A perfect place to relax, enjoy a nice drink and eat some delicious tapas. It is situated in the southeast of Nerja on Calle el Chaparil, on the side of the street.

The best spot for your sunday tapas! It is situated in a nice spot literally on the beach of Burriana. In summer it can be a challenge to park at Burriana, but that should not stop you from visiting this place. Full of locals, with a great vibe. Their specialty is Paella and fish. The paella is amazing and even more amazing, it costs less than 10 euro for unlimited plates of delicious paella mixta!

We are currently collecting all our recommendations

and you can easily download them during your stay with us.

Free app and find our personal favourites for

Wake up ! Dip in the pool 💦 That is how your sa

Feel at home in Nerja 🕶

Floating above the coastline of Nerja, lies this m

Homely comfort & sea decor. We call it a: hideaway

Your word, not ours

EXCELLENT Based on 18 reviews.

Marleen Schutter
We had an amazing stay at Casa Joya in Nerja. The apartment is bright, spacious and clean, and having two terraces is perfect for soaking up the sun at pretty much anytime of the day. Plus the views are stunning! The kitchen is fully equipped for all your cooking needs. The bathrooms are modern and the beds are comfortable. The location is perfect - peaceful and quiet yet close to the town of Nerja. Having a hire car was convenient but we also walked to town a few times, which was a lovely stroll along the beach. Nerja is a pretty town with a great atmosphere and we loved sampling all the tapas. I would love to come back, and I would definitely stay here again.

Joris Knulst
Perfect location with incredible sea views. The apartment was super clean and very well structured and equipped. Checking in was very smooth and the host was always available to help. Already stayed there two times and I feel I will be back another time soon! Gracias Lisa & Bram

Simone Oskam
In Casa Joya Nerja we enjoyed one of our best holidays ever! The house has the most amazing sea view from almost every room and the styling is wonderful. We just came back home and miss it already!! We warmly recommend it!